BARSC member and ‘New Space’ pioneer Earth-i today announced that images and video from its new prototype satellite due for launch early January 2018 will be managed, catalogued and geometrically corrected using software from Swedish photogrammetry and imagery specialist, Spacemetric.

Footage recorded by Earth-i’s fleet of satellites will be available for analysis within minutes of acquisition. Spacemetric’s Keystone software will be installed at Earth-i’s Data Processing Centre in Guildford, UK and will perform two vital processes:

Spacemetric CEO Mikael Stern said “Earth-i is an exciting and innovative New Space company with unique requirements served well by our technology and expertise.  We are proud to be part of their constellation which is raising the bar in the EO industry and flying the flag for the European space industry.”

Earth-i is at the forefront of an era known as New Space which is being driven by commercial and governmental organisations that want to use high-quality, timely images and video from space to improve investment and trading decisions, monitor and track their assets more cost effectively, track changes or activities in critical locations – and predict future events with more certainty.

Richard Blain, CEO of Earth-i, said: “We are making good progress as we await the imminent launch of our next prototype satellite.  Spacemetric joins our roster of partners and suppliers who represent the space industry’s most innovative and dynamic companies.”

Earth-i’s constellation will be a major leap forward for the Earth Observation industry providing a number of innovative capabilities including: 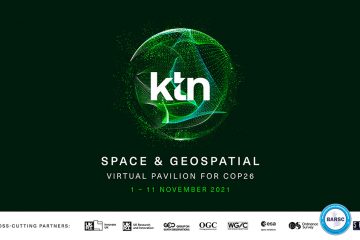 HOW SPACE AND GEOSPATIAL INTELLIGENCE CAN HELP INDUSTRY AND GOVERNMENT TACKLE CLIMATE CHANGE This unmissable event will showcase how location data collected on earth and images captured from space can help tackle climate change. The Read more…

Tech Nation Rising Stars 4.0 is the UK’s most exciting competition for innovative, early-stage tech companies. Designed to showcase the best the country has to offer, Tech Nation provide the platform for businesses from England, Read more… 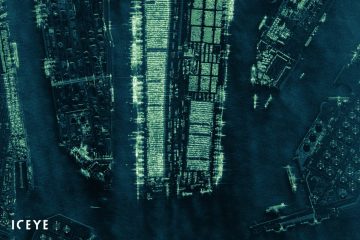 ESA signed a contract that brings the ICEYE constellation of small satellites into the fleet of missions contributing to Europe’s Copernicus environmental monitoring programme. As a commercial provider of satellite radar imagery, ICEYE is a Read more…