Published by BARSCwebAdmin on March 31, 2021 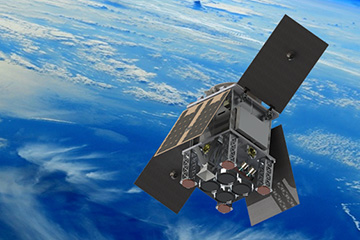 Together with ESA’s selection of ESP-MACCS in December 2020, these are the first two in a series of ESA Scout missions demonstrating how small satellites on a budget of less than €30m and a 3 year schedule can play an important role in Earth Observation, and be scaled up for future missions.

HydroGNSS is a 40kg satellite that will be built and operated by SSTL to take measurements of key hydrological climate variables, including soil moisture, freeze thaw state over permafrost, inundation and wetlands, and above ground biomass, using a technique called GNSS Reflectometry.

Previously, addressing hydrological variables such as these has required sizable and higher cost satellites with large aperture antennas, but GNSS Reflectometry exploits existing signals from Global Navigation Satellites (GNSS), such and GPS and Galileo, as radar signal sources.

These signals are reflected off the land, ice and ocean and can be collected by a low power receiver on a small satellite in low Earth orbit, and used to yield important geophysical measurements.

SSTL is working closely with partners at Sapienza, Tor Vergata and IFAC-CNR in Italy, FMI in Finland, IEC/IEEC in Spain, NOC in UK, and University of Nottingham to tackle the scientific and technological challenges involved.

ESA’s Acting Director of Earth Observation Programmes, Toni Tolker-Nielsen, said “The decision to implement HydroGNSS after ESP-MACCS demonstrates that the Earth observation community is very interested in the concept of Scout missions. We are confident that this interest will further flourish when we see the first data in 2024.”

As well as the already established GNSS-Reflectometry measurements, new techniques will be explored on HydroGNSS, including use of Galileo signals, dual polarisation, dual frequency and recovery of coherently reflected components. These new measurements are expected to improve the separation, resolution and quality of the climate variables under observation.

As we approach the 26th UN Climate Change Conference in the UK later this year the UK space sector is working to help monitor and tackle climate change and this mission exemplifies the UK’s world-leading innovation in this area.

Science Minister Amanda Solloway said: “The UK is leading the way in using space to tackle climate change, with Earth Observation satellites providing some of the most important data to monitor our environment as we build back greener.”

“Using a UK satellite just the size of a microwave oven, this pioneering mission will build on the UK’s expertise in space research by measuring changes in the Earth’s water, providing crucial information to address climate change, improve farming and support wider disaster management.”

HydroGNSS paves the way for an affordable future constellation that can offer measurements with a temporal-spatial resolution not accessible to traditional remote sensing satellites, thus offering new capacity to monitor very dynamic phenomena and helping to fill the gaps in our monitoring of the Earth’s vital signs for the future. 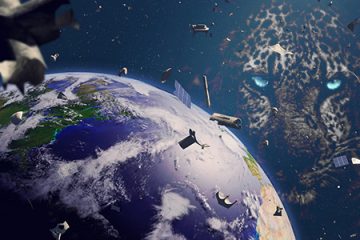