Published by BARSCwebAdmin on September 1, 2021 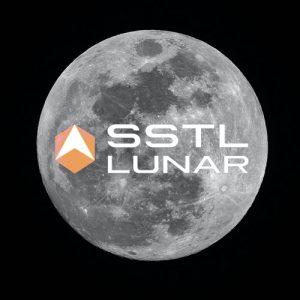 Surrey Satellite Technology Limited (SSTL) has gone live with a new Lunar Mission Builder App designed to calculate the communications service a lunar mission could receive from SSTL’s Lunar Pathfinder communications spacecraft, due to launch in 2023.

The new tool is available at www.sstl.co.uk/lunarapp

SSTL’s Head of Lunar Exploration, Nelly Offord said “Our ambition is to offer cost-effective and high performance communications and localisation data for lunar orbiters and surface assets, and our new app will offer an initial calculation of the communications service they could receive – that’s valuable information for the complex planning that goes into a Moon mission.”

Lunar Pathfinder will operate in an Elliptical Lunar Frozen Orbit (ELFO) for an operational lifetime of 8 years. The spacecraft will offer two simultaneous channels of communication to lunar assets: one in S-band and one in UHF. Communications are then relayed back to Earth from Lunar Pathfinder to ground stations, using X-band.

Performance, such as coverage and data-rates of the link between user asset and Lunar Pathfinder which varies depending on the location and capabilities of the user asset, can initially be assessed using the new Lunar Mission Builder App.

For surface assets on the far side of the Moon, the use of data-relay infrastructure is essential for their missions as, without line of sight of the Earth, they need a data-relay service such as the one offered by Lunar Pathfinder, to communicate back with Earth.

For lunar polar surface assets, potentially with limited direct to Earth visibility, the use of the data-relay service provides the assurance of a communication link, whatever obstacle the terrain may put between the asset and the Earth.

Rovers, constrained today to remain within line of sight of the lander to relay their communication, will find a new independence, both in how far they can go from the lander and how long they can survive beyond the lander’s limited lifetime.

For all lunar missions, including orbiters and near side surface assets, there is an additional economical and technical benefit to using the proximity data-relay service versus direct to Earth communication; due to the proximity of the Lunar Pathfinder spacecraft, user assets could achieve higher data-rates with a lower performance, lower mass and a lower cost communication module on-board