Today the UK assumes leadership of the International Charter: Space and Major Disasters at a meeting in London. The Charter is an organisation that coordinates space agencies worldwide in gathering vital satellite images of disaster-stricken regions – providing the images to civil protection authorities to inform their response efforts and save lives.

As Chair of the Charter, the UK Space Agency will take responsibility for implementing strategy and policy, and has committed to finding ways of widening national access to the Charter’s services.

Speaking ahead of his keynote address at the Charter Board Meeting in London, Minister for Universities and Science David Willetts said: “The Charter is a great example of the enormous benefits space can bring to our everyday lives. It provides invaluable and immediate satellite images during times of crisis, from tracking extreme weather or to dealing with the aftermath of earthquakes and tsunamis, as we saw very recently in Japan.

“During the UK’s chairmanship we’re keen to build on the Charter’s success and open up international access to the world’s satellite resources. This means the Charter will play an even bigger role in helping countries respond effectively to emergencies, and ultimately help save lives.”

Since it was set up in 1999, the Charter has provided images during more than 300 disasters in more than 100 countries – most recently following the earthquake in Japan and the recent severe tornadoes in the southern United States.

Membership of the Charter is open to all space agencies able to contribute satellite images. Uniquely, the UK is a member on a public-private basis that makes optimal use of the available government and commercial expertise. The UK Space Agency holds a seat on the Charter’s Board, providing direction and examining ways to improve Charter performance in future. DMC International Imaging Ltd (DMCii) operates the Disaster Monitoring Constellation (DMC), a currently five-strong commercial satellite constellation made available as part of the Charter satellite fleet, and implements the day-to-day Charter process as a member of the Charter’s Executive Secretariat.

Dr Alice Bunn, Assistant Director of Earth Observation for the UK Space Agency and the new Chair of the Charter said:

“As one of the funding members of this crucial collaboration, the UK Space Agency is looking forward to leading the Charter over the next six months. Charter satellites have provided satellite data for most major disasters over the last ten years, including Hurricane Katrina, the BP oil spill, the floods in Pakistan, and the earthquake in Haiti.

“The Charter is an impressive demonstration of space agencies around the world working together to provide a humanitarian response to disasters, providing data quickly and free of charge.”

So far this year, the Charter has been activated for the flooding in Australia, Brazil, Mozambique, Namibia and most recently in central Midwest America, as well as hurricane Yasi, and earthquakes in Pakistan and New Zealand and Japan.

“The Charter is still being run in much the same way as when it began in 2000 with three members. Now, with the German Aerospace Center (DLR) joining last year, membership is up to 14. The practical implications of this increase need addressing to keep the Charter operating in the same efficient and streamlined manner.”

The Charter has been activated over UK territory a total of five times to date: twice during the 2007 floods, once during the Lyme Bay oil spill that same year and twice during volcanic eruptions on the British Overseas Territory of Montserrat in 2003 and 2008 respectively.

A simulated UK Charter activation also took place in March during Exercise Watermark, a national flood response exercise involving 10,000 participants, with the Environment Agency and Welsh Assembly receiving archived images from the 2007 floods. The Charter’s Authorised User in the UK is the Civil Contingencies Secretariat, part of the UK Cabinet Office assigned to civil protection duties. 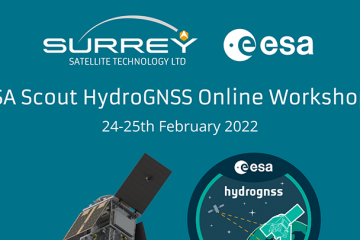